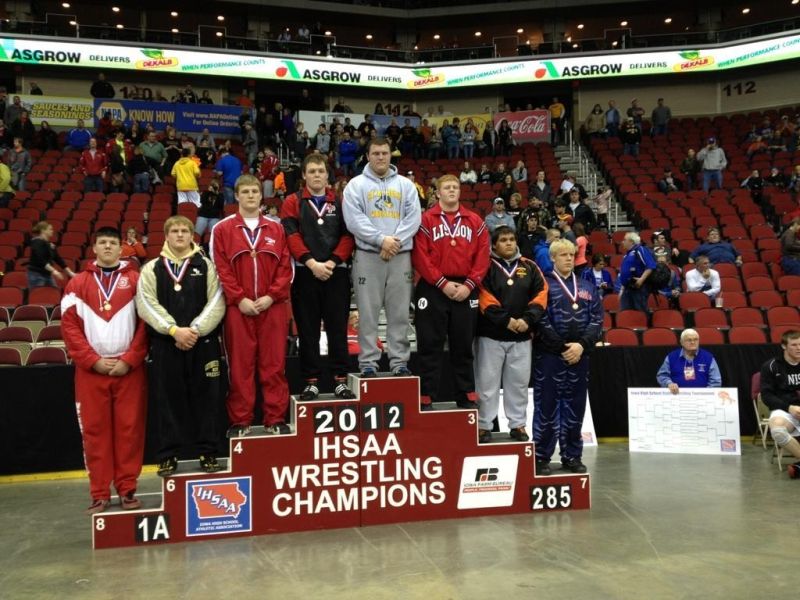 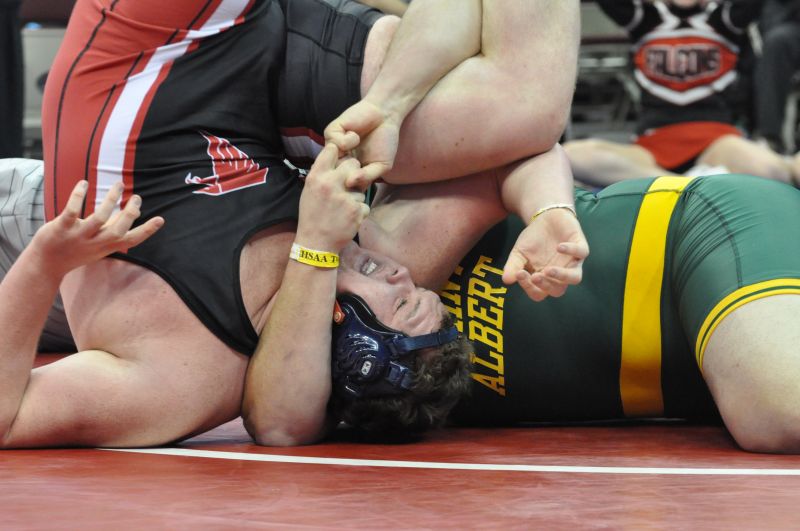 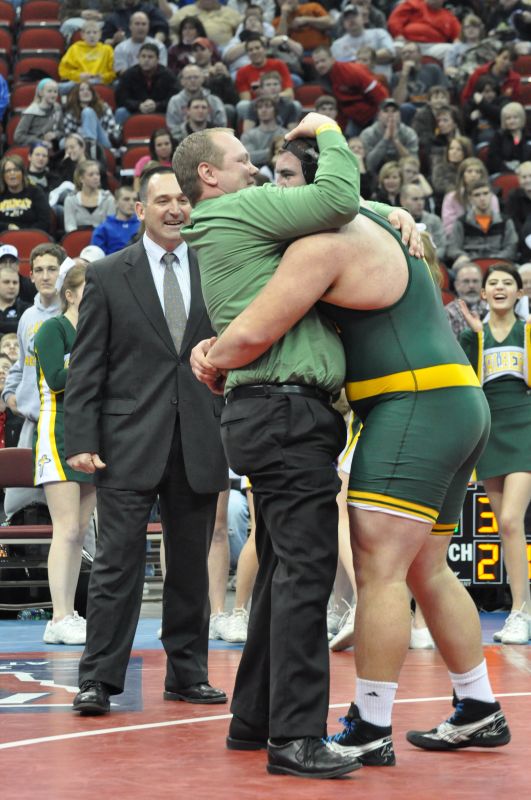 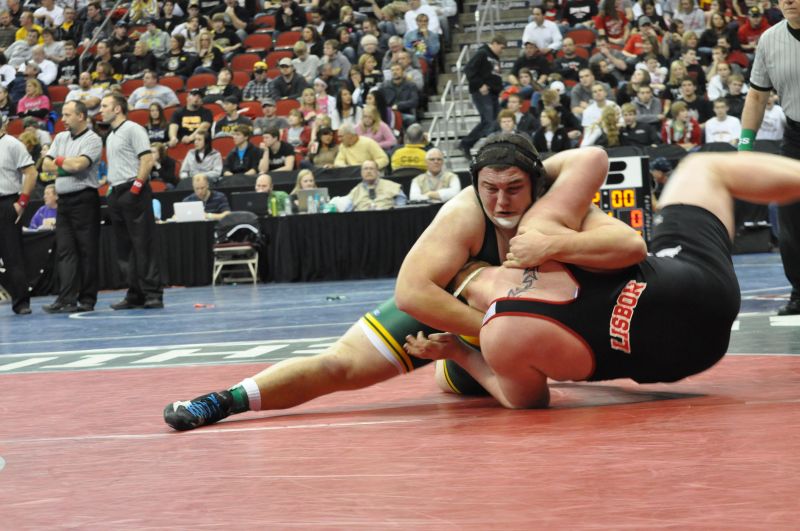 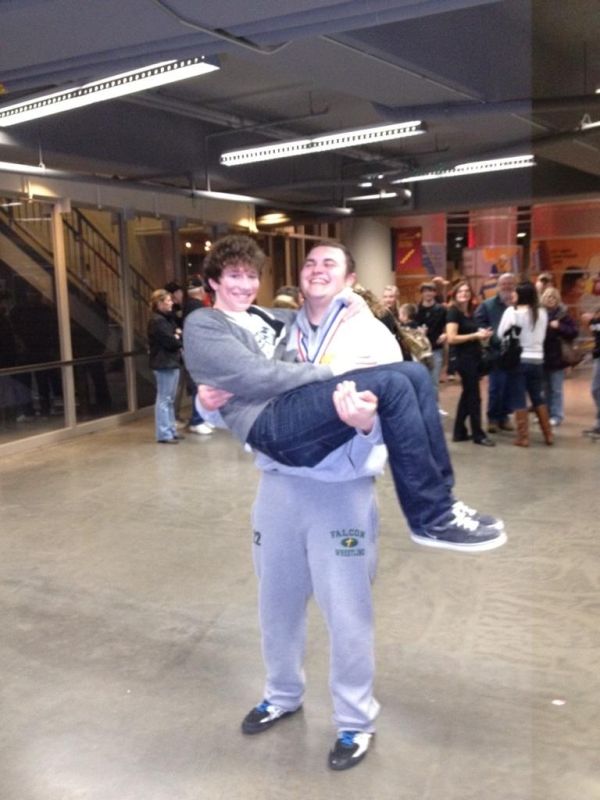 Marco finishes with a career record of 144-19 which is good enough for 3rd in School History (1st: Brennan McNitt, 2nd: Sean McNitt) and it's the most wins ever by a big man. 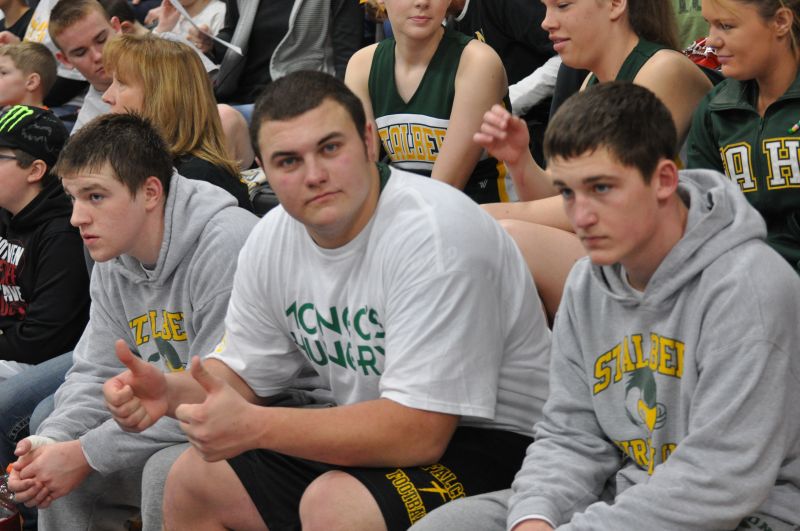 Finally, Marco wants to give a big thanks we're sure & thumbs up to his practice partners the last few years... Al Lewis, Tim Koch, Brandon Dietrick, Sean O'Neill, Will VanSoelen and Nate & Rick Romano.

One last time: The School Record Squat from July 2011 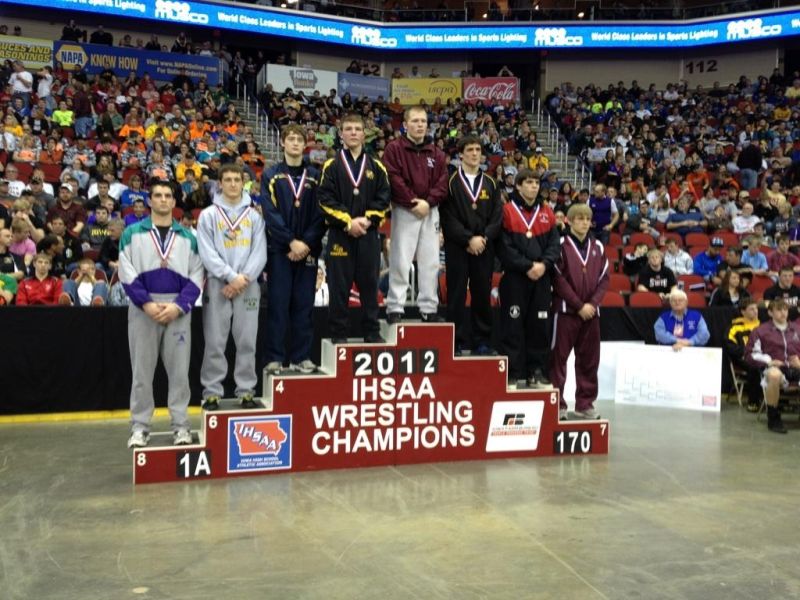 Jake Lewis finished a very respectable 6th place at State after not being able to compete last year after tearing his ACL. 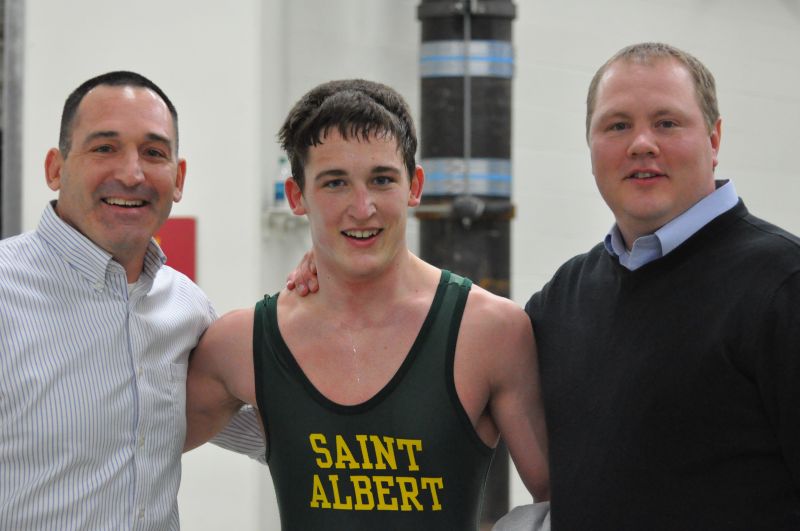 Jake finished the year at 43-7 and looks to climb higher on the podium next year in Des Moines! 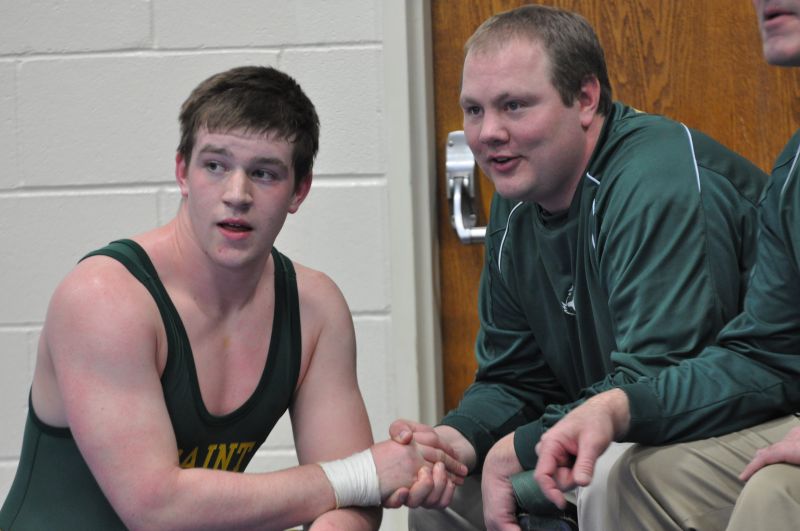 Who would have thought 8, 10 or 12 years ago that Falcon Wrestling would be where it is today? The Falcons finished 17th at State as a team, which was higher than local teams Tri-Center, Logan-Magnolia Audubon & Corning.  They've now also had 3 State Champions in the last decade! 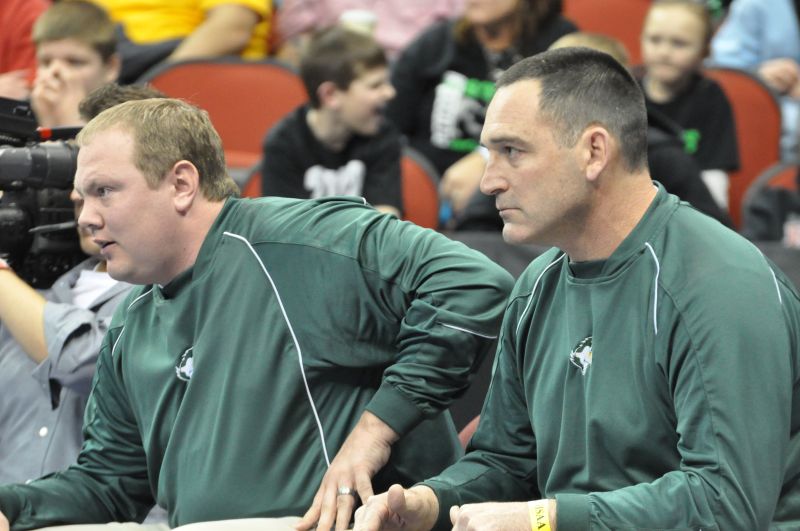 Finally, a big thanks goes out to Lil' Falcon Wrestling Coach, Chuck Gorman, who through his work with the little guys helps set the stage for Big Falcon Titles! 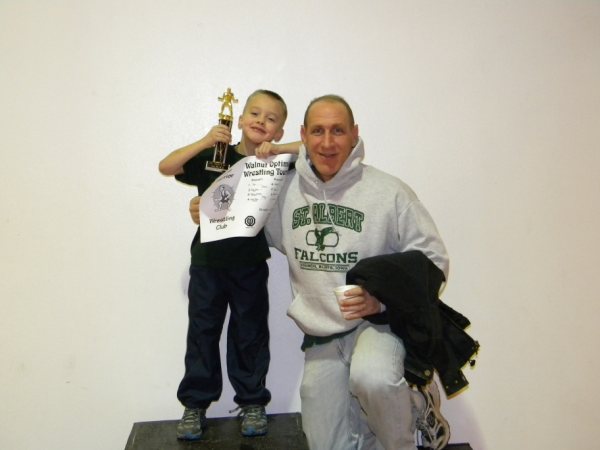 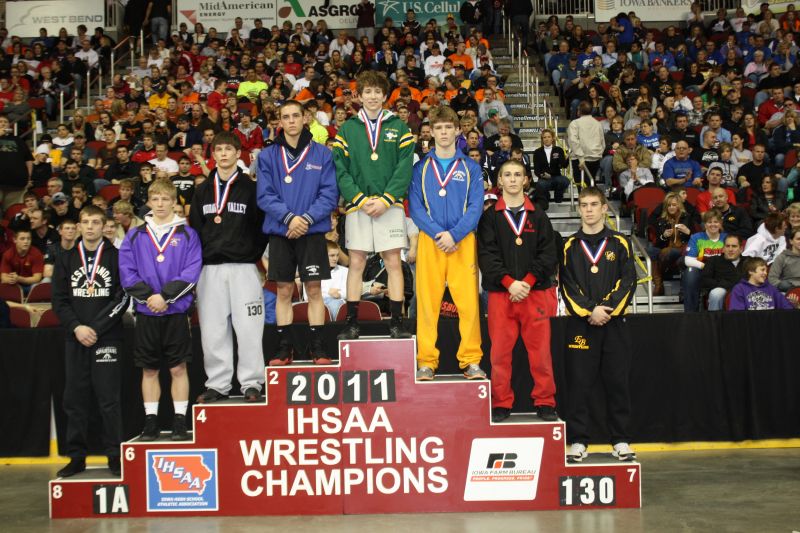 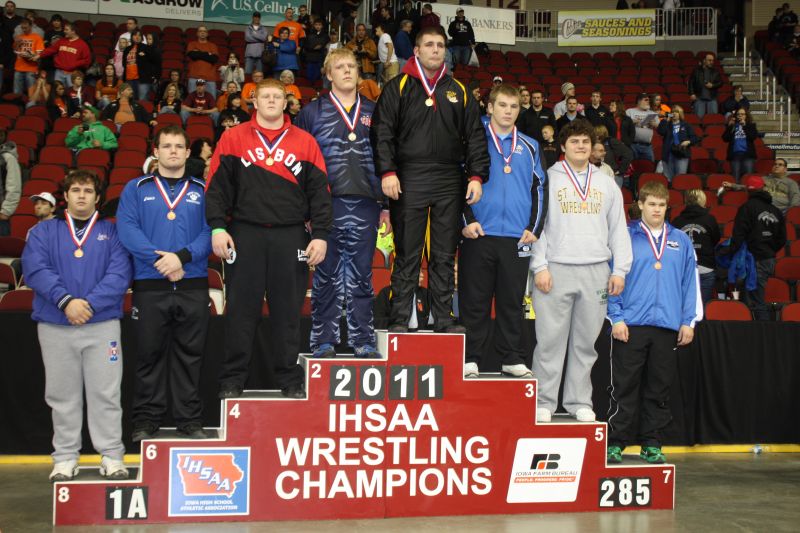